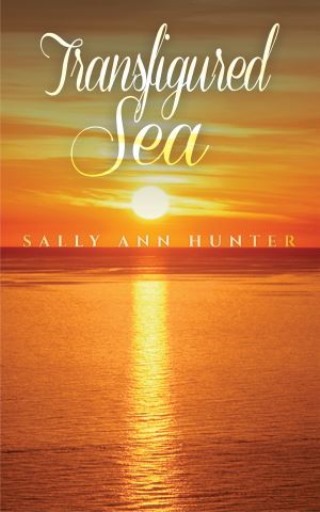 On the shores of the ocean, Laura and Daphne fantasise that they are mother and daughter, mother and Sea Sprite. They both have problems in their past, which they need to resolve. They set out to explore every aspect of the sea, from an estuary and mangroves to Antarctic waters and the deep ocean. Mother Sea is a whisper of emotion and a memory of intuition. She dwells in the subconscious. Sea creatures abound, from sea urchins and stingrays to dolphins and sharks. Some of these parallel the behaviour of the women. Sea nymphs accompany them and they are assisted by a special conch shell. While they are exploring the sea, the women also explore their own make-ups. Laura remembers interactions with her own mother. Daphne needs healing. However, they have no idea of the profound changes which will come to them. Poems are scattered throughout the book, which is also poetic.

Sally Ann Hunter: Sally Ann Hunter is a biologist and environmental policy officer. She has published a collection of poetry called The Structure of Light and a biography called You Can’t Keep a Good Man Down: From Parkinson’s to a new life with Deep Brain Stimulation. A paper she wrote on the biography was read on ABC Radio’s Ockham’s Razor, as was a paper on living with solar power. A number of her poems have been published in anthologies and online. She lives in the Adelaide Hills with her cat, Francis.