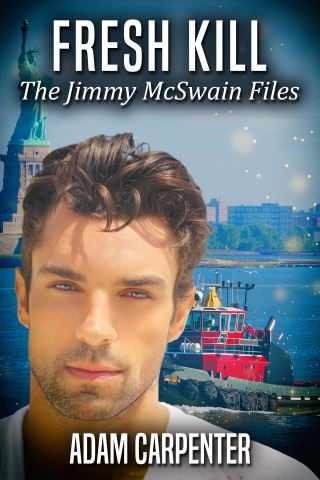 Jimmy McSwain returns, but the question lingers, now that he has finally solved the fifteen-year-old murder of his NYPD cop-father, Joseph, who has he become?

Busy concentrating on family issues, Jimmy hasn’t taken a new case in nearly three months, and when a call comes in from Philip Connelly, who wants proof of his wife, Myra’s, cheating, Jimmy is torn. Take the case, or say no. He rejects it, only to learn a week later that Philip has been found dead in a park on Staten Island. The police believe it was suicide, but Myra -- a self-admitted adulteress -- is convinced he was murdered. Jimmy agrees to take the case. But it seems his decision to rejoin the world has also affected the other areas of his life: his sister is facing a health crisis, an old friend from his father’s past has resurfaced, and his lover, Captain Francis X. Frisano, is working a difficult case in Chelsea where gay men are being attacked.

If that wasn’t enough, Jimmy is on the hunt to bring down his new nemesis, the criminal mastermind Mr. Wu-Tin. A fire at one of his warehouses stirs fear in Jimmy that the man is trying to destroy evidence of his crimes. That’s when life throws him a twist, and suddenly Jimmy feels that just as he’s hoping to find answers, new mysteries emerge about whether the path he’s on leads to a fresh start, or a fresh kill.