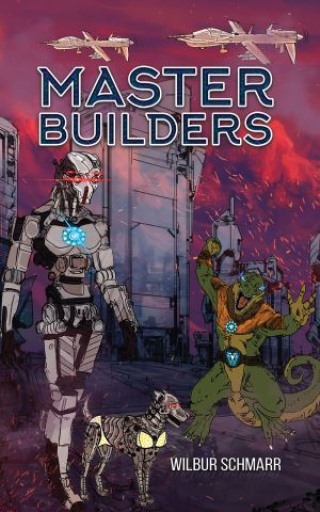 Chris finds himself in a foreign environment and form, ten light years from Earth after his untimely death. His mentor, Brian, explains the new order of things. He discovers that he is now in a mechanical shell and bemoans his loss of some body parts. Chris joins three other junior builders, that have been tasked to seed the universe with newly tailored and tested sentient beings. Chris gets into trouble with the Sentient Species Test and Evaluation Facility management but is then instrumental in saving Earth from an Orion reptilian attack. He interacts constructively with the galactic federation based in the Pleiades, leading to the resurrection of an old treaty between Earth’s United Nations and the federation.

Wilbur Schmarr: Wilbur Schmarr was born in South Africa much to the consternation of his mother who was forty at the time. After completing two engineering degrees, he worked for Siemens, then performed aerospace work in two countries. He retired after forty service years to live in South Africa with his wife and one son. He also has children in the UK and Australia.