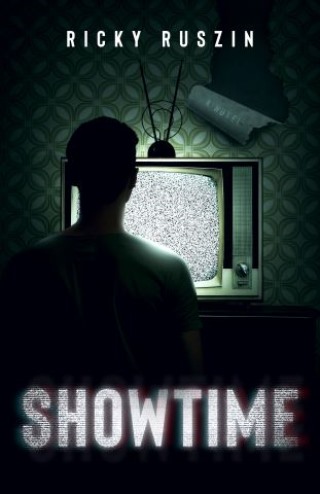 College student Jordan Jones’s life hasn’t been the same since his grandmother, the person who loved and understood him most, died in Matthew Manson’s ruse of an act on Talent Now!, a nationally-televised talent show.

When Jordan discovers his grandparents’ television allows him to travel to the past, opportunity trumps fear: a chance to not only save his grandmother from an untimely death, but to exact revenge against the man who caused it.

But as Jordan investigates the massacre—and man—that claimed his grandmother’s life, he discovers an awful truth: just because the past allows him entry doesn’t mean it will allow him to leave.

Ricky Ruszin: Ricky Ruszin is an educator by day and a novelist and freelance writer by night. He earned his bachelor’s degree in English from Stevenson University where he focused on creative fiction. When he’s not living in his imagination, he is a rollercoaster enthusiast and enjoys traveling, watching and writing about movies, and drinking copious amounts of coffee. He lives in Baltimore, Maryland, where he played in cemeteries as a kid and thought it was completely normal. Showtime is his second novel.