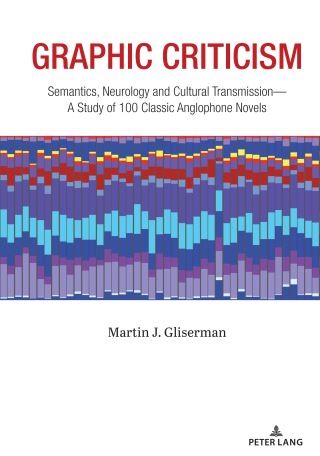 Graphic Criticism analyzes the semantic families of one hundred Anglophone novels written between 1719 and 1997. The analysis demonstrates that these novels embed a code for semantic distribution, and that code is the way that cultural values are transmitted. The longitudinal aspect of the analysis illuminates what T.S. Eliot called "tradition." Graphic Criticism also zooms in on the particulars of a variety of the corpus texts to reveal Eliot’s "individual talent." Thus while the corpus indicates that the proportion of any semantic feature is consistent across time, each writer creatively works and plays with that feature in his or her own style.

Martin J. Gliserman has a Ph.D. in literature and language from Indiana University and is a certified Psychoanalyst graduated from the Center for Modern Psychoanalysis in New York City. He has been a professor at Rutgers University (New Brunswick) since 1971 and a practicing psychoanalyst since 1996. He was the Editor in Chief of American Imago from 1987 to 2002. His first book, Psychoanalysis, Language and the Body of the Text (1996), was a study of the psychoanalytic dynamics of syntax in a variety of novels