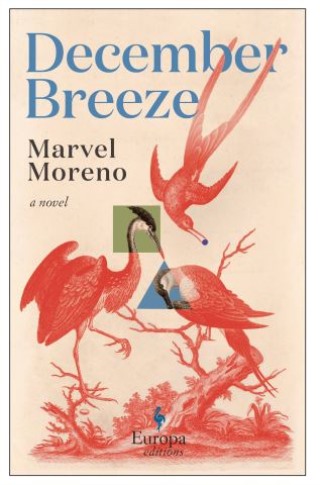 From her home in Paris, Lina recalls the story of three women whose lives unfold in the conservative city of Barranquilla in Colombia. Amid parties at the Country Club and strolls along the promenade in Puerto Colombia unfurls a story of sensuality suppressed by violence; a narrative of oppression in which Dora, Catalina, and Beatriz are victims of a patriarchy that is woven into the social fabric.

In Lina’s obsessive account of the past, this masterful novel transforms personal anecdotes into a profound panorama of Colombian society towards the end of the 1950s. From private memories to historical reality, the structure of this book is full of precision, poetry, and exile’s insight.

Standing above and apart from her contemporaries of the Latin American literary boom, Marvel Moreno narrates a reality that describes the private lives of the people of Barranquilla while offering a compelling perspective on the human condition.

“One of the hundred most influential women in the history of Colombia.”—Cromos magazine

Marvel Moreno was born in Barranquilla, Colombia, in 1939. She maintained a close relationship with the members of the “Barranquilla Group” including Gabriel García Márquez. She is well known in Colombia and is considered one of the most important Colombian writers. Her novel December Breeze was a finalist in the Plaza y Janés International Literary Prize in 1985 and was translated into Italian and French. In 1989 she received the Grinzane-Cavour prize awarded in Italy for the best foreign book. She died in Paris in 1995.