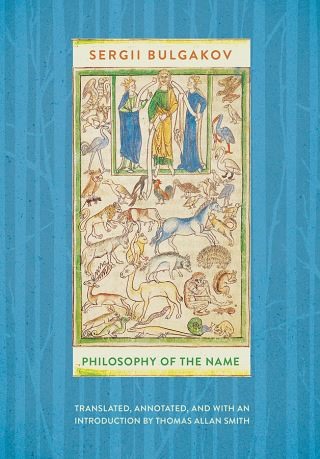 Philosophy of the Name

This is the first English translation, by Thomas Allan Smith, of Philosophy of the Name (Filosofiia imeni). Sergii Bulgakov (1871–1944) wrote the book in response to a theological controversy that erupted in Russia just before the outbreak of World War I. Bulgakov develops a philosophy of language that aims to justify the truthfulness of the statement "the Name of God is God himself," a claim provoking debate on the meaning of names, and the Name of God in particular. Philosophy of the Name investigates the nature of words and human language, considers grammar and parts of speech, and concludes with an exposition on the Name of God.

Name-glorifying, a spiritual movement connected with the Orthodox practice of the Jesus Prayer, was initially censured by the Holy Synod of the Russian Orthodox Church, and the controversy raised profound questions that continue to vex ecclesiastical authorities and theologians today. The controversy exposed a vital question concerning the ability of human language to express experiences of the Divine truthfully and authentically. Bulgakov examines the idea that humans do not create words, rather, objects speak their word to human beings, and words are the incarnation of thought in a sonic body conveying meaning.

Philosophy of the Name offers a philosophy of language for contemporary theologians of all confessions who wrestle with the issue of language and God. It is a persuasive apologia for the mysterious power of words and an appeal to make use of words responsibly not only when speaking about God but equally when communicating with others.

Thomas Allan Smith is Professor Emeritus of the History and Theology of Eastern Christianity, Faculty of Theology, University of St. Michael's College; Fellow of the Pontifical Institute of Medieval Studies; and Adjunct Professor in the Department of Slavic Languages and Literatures at the University of Toronto.