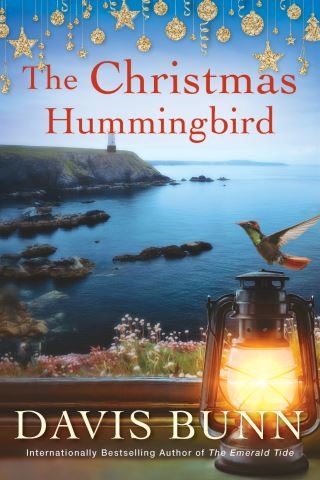 Set during the Christmas season in the breathtaking coastal California town of Miramar Bay, this uplifting novella from international and New York Times bestselling author Davis Bunn celebrates the challenges and blessings of the holidays, and the natural world, as a community and two brave, resilient people have a meeting of hearts and minds in the face of adversity. For fans of Nicholas Sparks and Karen Kingsbury.

Ryan Eames is a policewoman and single mother dedicated most of all to her lonely, uniquely gifted son. Stretched thin by double shifts and grappling with an out-of-season coastal wildfire, Christmas cheer feels as far away as a distant carol on a winter night. Until duty draws her into the life of a stranger.

Ethan Lange is alive because Ryan reached his canyon home before the blaze. Christmas is only days away, and Ethan has lost everything. A man reckoning with a painful past, it’s not the first time he’s been forced to start over. At least now it’s in the redeeming embrace of Miramar Bay.

Forging an animal rescue operation, Ryan and Ethan first unite by their cause and the rally of a close-knit community. But it’s Ryan’s extraordinary child who draws them into something deeper and surprising. Something to be thankful for. Now with every beat of their hearts, Christmas in Miramar Bay looks to be a season of love, healing, and sweet mercies that will be remembered for a lifetime.

Davis Bunn: Davis Bunn is an internationally bestselling author with more than seven million books in print in twenty-one languages. Originally from North Carolina, he draws on his international experience to craft award-winning novels. Davis has been honored with four Christy Awards for excellence in fiction, among other accolades. He serves as Writer in Residence at Regent’s Park College, Oxford University. Davis and his wife, Isabella, divide their time between the English countryside and the coast of Florida. Visit Davis at www.davisbunn.com.