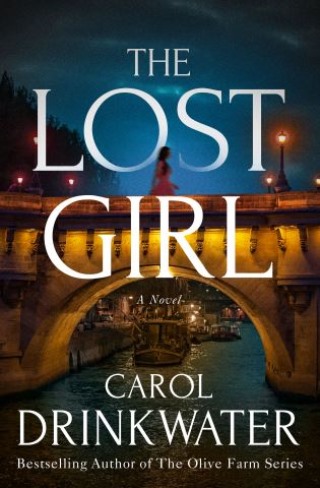 On one terrifying night in France, a mother searches for her daughter—and meets a woman with a story of her own to tell: “A gripping tale.” —Sunday Post

After her teenage daughter, Lizzie, disappeared four years ago, Kurtiz Ross’s life—and marriage—fell apart. After all this time, it’s difficult to be optimistic. But an unexpected sighting has brought Kurtiz to Paris, where she waits anxiously for her ex-husband to arrive with Lizzie in tow—until the city erupts in chaos.

Terrorists have struck a theater, a stadium, and other spots crowded with Friday night revelers. In the midst of the emergency, an older woman reaches out to Kurtiz, keeping her distracted with a story from her own troubled past in postwar Provence. As her heart veers wildly between hope and horror, Kurtiz learns that some things—like the necessity of courage—are the same in any era . . .

“A story to savour, complete with wonderful settings stretching from Paris . . . to the glorious countryside of southern France.” —Dinah Jefferies, bestselling author of The Tea Planter’s Wife

“A great and compassionate writer.” —The Guardian

An acclaimed author and filmmaker, Anglo-Irish actress Carol Drinkwater is most familiar to audiences for her award-winning portrayal of Helen Herriot in the BBC series All Creatures Great and Small.

After discovering olive trees on the grounds of her property in the south of France, Carol and her husband, Michel, became producers of top-quality olive oil. Carol’s books recounting her experiences on her farm, the Olive Farm series, have become international bestsellers and inspired a multi-part documentary series entitled The Olive Route. Carol was invited to work with UNESCO to help fund an Olive Heritage Trail around the Mediterranean with the dual goals of creating peace in the region and honoring the ancient heritage of the olive tree.