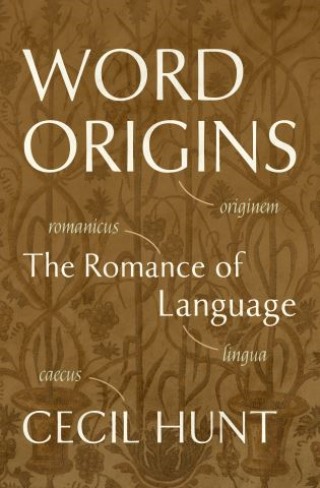 The Romance Of Language

This A-to-Z etymology guide reveals the people and characters whose names have evolved into common English words.

Have you ever wondered about the origins of words like “Bowdlerize”? In 1818 Thomas Bowdler published and abridged set of Shakespeare's plays which “omitted those passages which might offend family propriety”—thereby making his name literally synonymous with the practice of distorting someone’s words.

In Word Origins, Cecil Hunt provides fascinating profiles of hundreds of people whose names we use in everyday conversation. Discover historical personalities such as Sir Benjamin Hall, for whom Big Ben is named; the mythic figure of Tantalus, who was doomed by Zeus to forever be tantalized, and who continues to be tantalizing; as well as the Morse of Morse Code, Sax of Saxophones, and many others.

Cecil Hunt was born in London and educated at Southgate School then at King’s College, London, where he studied journalism. He was a prolific journalist, editor, novelist, and anthologist, who is best known for his collections of unintended errors made by British schoolchildren in their examinations and written work, commonly known as ‘howlers’.