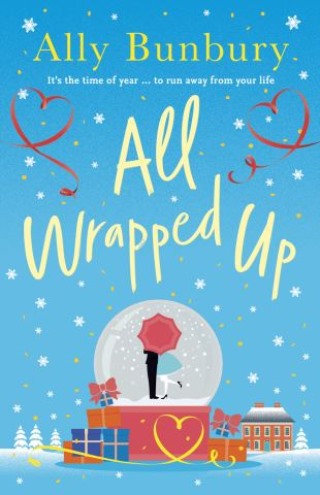 It's the time of year ... to run away from your life

Holly always seems to make the wrong decisions: her career in London is going nowhere, and she's ended up engaged to a man she doesn't love.

Which is why she decides that's all going to change - starting with calling off her engagement, six weeks before their Christmas Eve wedding.

Then Holly sees an ad for what could be her dream job: helping to declutter a remote country house back home in Ireland. It's her chance to avoid all talk of weddings and the trappings of her least favourite time of year.

But when Holly arrives at the beautiful but neglected Knockboden, she discovers that Serena Harpur, the glamorous owner, is planning on renting it out as a romantic honeymoon destination in a bid to avoid financial ruin.

With Serena's handsome but moody son hanging around, dead set against his mother's plan, Holly begins to wonder if she's made yet another bad decision.

Then Serena gets a phone call that looks set to change the fate of Knockboden. Will Holly realise that maybe she has found herself in exactly the right place, at the right time of year, for the first time ever?

Ally Bunbury: Ally Bunbury is a bestselling novelist, based in Ireland. Inspired by the TV sitcom Absolutely Fabulous, she embarked upon a PR career in New York, London and Dublin. During a personal sabbatical in Paris, Ally wrote the draft of her first novel, The Inheritance. A frequent contributor to The Irish Times, Ally lives with her husband, historian Turtle Bunbury in the countryside. www.allybunbury.com