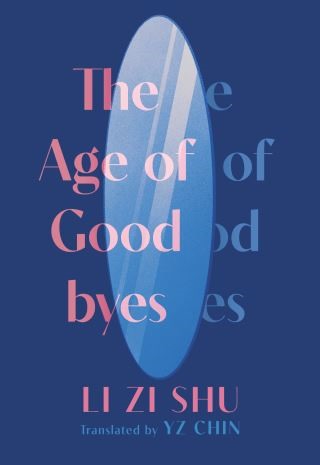 The Age of Goodbyes

By one of Southeast Asia’s most exciting writers, The Age of Goodbyes is a wildly inventive account of family history, political turmoil, and the redemptive grace of storytelling.

In 1969, in the wake of Malaysia's deadliest race riots, a woman named Du Li An secures her place in society by marrying a gangster. In a parallel narrative, a critic known only as The Fourth Person explores the work of a writer also named Du Li An. And a third storyline is in the second person; “you” are reading a novel titled The Age of Goodbyes. Floundering in the wake of “your” mother’s death, “you” are trying to unpack the secrets surrounding “your” lineage.

The Age of Goodbyes—which begins on page 513, a reference to the riots of May 13, 1969—is the acclaimed debut by Li Zi Shu. The winner of multiple awards and a Taiwanese bestseller, this dazzling novel is a profound exploration of what happens to personal memory when official accounts of history distort and render it taboo.

Li Zi Shu: Li Zi Shu is the author of more than a dozen books, including the novels Worldly Land and The Age of Goodbyes, which won the China Times Open Book Award. Her work has been recognized with multiple literary prizes in Malaysia, Taiwan, and Hong Kong, including several Huazhong Literary Awards.

YZ Chin is the author of Edge Case, a New York Times Editors’ Choice, and Though I Get Home, winner of the Louise Meriwether First Book Prize. Her writing has appeared in the New York Times Book Review, Guernica, Gulf Coast, Electric Literature, and elsewhere.