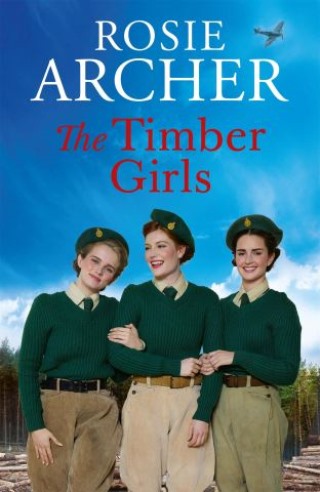 The first in a heartwarming saga series set during the Second World War. Perfect for fans of Pam Howes and Elaine Everest.

Working in the greengrocers and playing the piano in the pub a couple of nights a week isn't fulfilling nineteen-year-old Trixie Smith's idea of helping Britain win the war. One day she sees a poster advertising the Women's Timber Corps and decides to sign up - soon she is on her way to Scotland for four weeks of training to become a Lumberjill.

On her journey north she meets Cy, an American soldier on leave. Their attraction is instant and they both feel that fate has brought them together. Although their time with one another is brief, they promise that they'll be together as soon as the war is over.

But training to become a Lumberjill is hard; working in all weathers, felling trees and hauling timber is dangerous and exhausting. Luckily Trixie quickly makes friends with three of her fellow Lumberjills. Each of them has different reasons for signing up and travelling far from home, but running away from your problems doesn't make them disappear.

Rosie Archer: Rosie Archer was born in Gosport, Hampshire, where she still lives. She has had a variety of jobs including waitress, fruit picker, barmaid, shop assistant and market trader selling second-hand books. Rosie is the author of several Second World War sagas set on the south coast of England, as well as a series of gangster sagas under the name June Hampson.