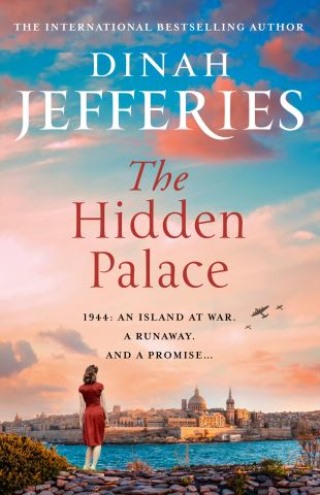 The Hidden Palace (The Daughters of War, Book 2)

An island of secrets. A runaway. And a promise…

A rebellious daughter
1923. Among the ancient honey-coloured walls of the tiny island of Malta, strangers slip into the shadows and anyone can buy a new name. Rosalie Delacroix flees Paris for a dancer’s job in the bohemian clubs deep in its winding streets.

A sister with a secret
1944. Running from the brutality of war in France, Florence Baudin faces a new life. But her estranged mother makes a desperate request: to find her vanished sister, who went missing years before.

A rift over generations
Betrayals and secrets, lies and silence hang between the sisters. A faded last letter from Rosalie is Florence’s only clue, the war an immovable barrier – and time is running out…

Praise for Daughters of War

‘A warm and engrossing tale of passion and courage. I loved it’ RACHEL HORE

‘A rich tapestry of courage, passion and family secrets beneath the dark shadows of war’ HAZEL GAYNOR

‘A glorious page-turner … a novel to disappear into’ GILL PAUL

Dinah Jefferies began her career with The Separation, followed by the number 1 Sunday Times and Richard and Judy bestseller The Tea-Planter’s Wife. Born in Malaysia, she moved to England at the age of nine. When she began writing novels, deeply influenced by her Eastern childhood, she was able to return there on annual research trips for each new novel.

With her most recent bestseller, her seventh novel The Tuscan Contessa, she has moved to writing about a European setting for the first time and continues that in this new series.

She is published in 28 languages and over 30 countries and has twice been a Richard and Judy bookclub pick.