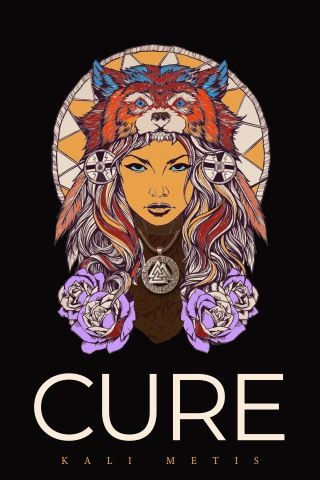 Stunned by her brother's apparent suicide, LUNA AUBER, discovers that he has not only left her the key's to his apartment but also trip to Sweden. Per his instructions, LUNA is to explore their unexpected heritage of the Birke, an iconic female Viking warrior. Following her beloved brother's lead, LUNA will soon discover that the terrible shakes he suffered from were misdiagnosed. The shaking was in fact the early stages of his transformation. Her brother was a shapeshifter. A lycanthrope. And her own shaking has just begun.LUNA will be forced to make a choice that could either transform or destroy the world as she knows it.

Kali Metis: Writing as Kali Metis, Lisa Kastner was born in one of the most dangerous cities in America. In high school, she was a dancer and co-host on Dance Party USA. At the age of 20 her house had burned down and she was suddenly homeless. She spent the next several years rebuilding and obtain her Bachelors, MBA, and MFA. While fulfilling an amazing corporate career, she began Running Wild, LLC. Lisa was named to Yahoo Finance's Top 10 Entrepreneurs to Watch in 2021, nominated to FORBES NEXT 1000, featured in FORBES and named to New York Weekly's Top Ten Females to Watch in 2021. When Lieutenant Commander (LCDR) Ben White retired from the United States Coast Guard, he defended his doctoral dissertation, letting the Coast Guard keep the “LC” while he kept the “DR.” Then, when Dr. Ben White was earning his third Master's degree &#8211; an MFA from the University of Tampa &#8211; he somehow thought he was a poet. But he is not a poet at all. He is a witness. What he writes is testimony. Ben is the author of The Kill Gene, Buddha Bastinado Blues, a Running Wild Press Novella, The Cuban, and poems that have appeared in So Say We All, The Purple Breakfast Review, Proud To Be.