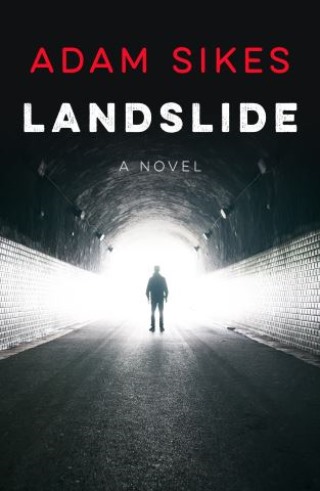 U.S. Marine veteran Mason Hackett moved to London to start his life over, and he's done his best to convince himself that what happened fifteen years ago doesn't matter—the people he killed, the men he lost, the lives he ruined. But when Mason sees the face of a dead friend flash on a television screen and then receives a mysterious email referencing a CIA operation gone bad, he can no longer ignore his inner demons.

Driven by loyalty and a need to uncover the truth, Mason launches on a perilous journey from the Czech Republic to Romania toward the war-torn separatist region in eastern Ukraine to honor a fifteen-year-old promise. The answers he seeks—the fate of a friend and his connection to the underworld of international arms dealers and defense corporations—throw Mason into the cauldron of a covert war where no one can be trusted.

Perfect for fans of Daniel Silva and Brad Thor

Adam Sikes: Adam Sikes is a novelist, U.S. Marine Corps veteran and Silver Star recipient, and former CIA paramilitary officer who has lived and served around the world, with combat tours in the Balkans, Iraq, and elsewhere in the Middle East. He has also operated in Central Asia, East Africa, and Europe. In addition to writing fiction, Adam co-authored Open Skies: My Life as Afghanistan's First Female Pilot. Landslide is the first book in his new Mason Hackett espionage thriller series. Adam holds an M.A. in Global, International, and Comparative History from Georgetown University and resides in Southern California.