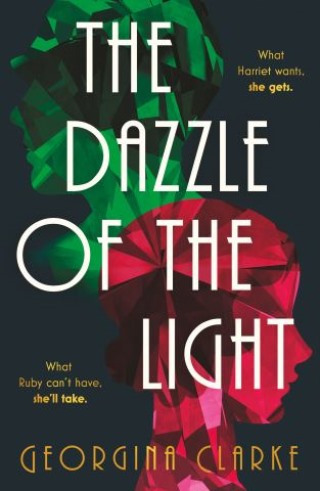 The Dazzle of the Light

A sparkling new historical novel set in the 1920s, inspired by the notorious all-female crime syndicate known as the Forty Thieves who operated out of the slums of south London

Ruby Mills is ruthlessly ambitious, strikingly beautiful - and one of the Forty Thieves' most talented members.

Harriet Littlemore writes the women's section in a local newspaper. She's from a 'good' London family and engaged to an up-and-coming Member of Parliament - but she wants a successful career of her own.

After witnessing Ruby fleeing the scene of a robbery, Harriet develops a fascination with the elusive young thief that extends beyond journalistic interest. As their personal aspirations bring them into closer contact than society's rules usually allow, Ruby and Harriet's stories become increasingly intertwined.

Their magnetic dynamic, fraught with envy and desire, tells a compulsive, cinematic story about class, morality and the cost of being an independent woman in 1920s London.

Georgina Clarke: Georgina Clarke has a degree in theology and completed a PhD in history part-time, while working as a parish priest. Her love of the past is at the heart of her fiction: her Lizzie Hardwicke crime series is set in the mid-eighteenth century, and her latest novel - The Dazzle of the Light - unfolds in 1920s London and is inspired by the real-life activities of the women-led Forty Thieves crime syndicate. In 2021, Georgina began working as a tutor at The Queen's Foundation in Birmingham, training clergy. When she's not working, she enjoys dressmaking, running and mooching around old houses. She lives in Worcester with her husband, son and two lively cats.