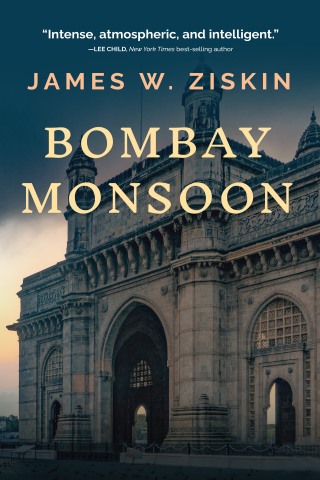 The last thing Danny wants to see published is his obituary

The year is 1975. Danny Jacobs is an ambitious, young American journalist who's just arrived in Bombay for a new assignment. He's soon caught up in the chaos of Prime Minister Indira Gandhi's domestic "Emergency."

"The Emergency," a virtual coup by the prime minister, is only the first twist in the high-stakes drama of Danny's new life in India. The assassination of a police officer by a Marxist extremist, as well as Danny's obsession with the inscrutable Sushmita, conspire to put his career—and life—in jeopardy. And, of course, the temptations of Willy Smets's seductive personality sit squarely at the heart of the matter.

Democracy is fragile and the lines of loyalty and betrayal often cross and cannot be untangled.

Perfect for fans of Ken Follett and Steve Berry

James W. Ziskin: James W. Ziskin is the Anthony, Barry, and Macavity Award-winning author of the Ellie Stone mysteries. His novels and short stories have been shortlisted more than twenty times for prestigious industry awards, including for multiple Edgar, Anthony, Barry, Lefty, and Macavity awards. Bombay Monsoon is the first thriller in a new series set in 1975 India. Ziskin lived and worked in India for four years and now lives in Massachusetts.