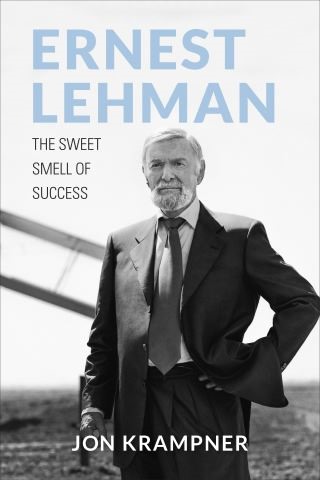 The Sweet Smell of Success

A Hollywood screenwriting and movie-making icon, Ernest Lehman penned some of the most memorable scenes to ever grace the silver screen. Hailed by Vanity Fair as "perhaps the greatest screenwriter in history," Lehman's work on films such as North by Northwest, The King and I, Sabrina, West Side Story, and The Sound of Music helped define a generation of movie making.

But while his talent took center stage, the public knew little of Lehman himself, a native of Manhattan's Upper West Side and the Five Towns of Long Island devoted to his wife of 50 years. His relentless perfectionism, hypochondria and all-night writing sessions fueled by tequila and grilled cheese sandwiches were some of the quirks that made Lehman a legend in the Hollywood community.

In Ernest Lehman: The Sweet Smell of Success, author Jon Krampner lays bare the life of this lauded yet elusive character. Moving seamlessly from post-production meetings to sound stages and onto the locations of Lehman's greatest films, Krampner's extensive biography brings to life the genius and singularity of the revered screenwriter's personality and the contributions he made to the world of cinema.

Find out more at ernestlehmanbio.com

Jon Krampner: Jon Krampner is the author of The Man in the Shadows: Fred Coe and the Golden Age of Television, Female Brando: The Legend of Kim Stanley, and Creamy and Crunchy: An Informal History of Peanut Butter, the All-American Food.