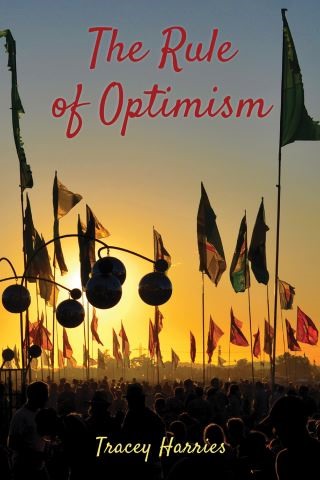 The Rule of Optimism

In the Autumn of 1991, a group of young social work students meet at university in Cardiff, each filled with positivity and ambition. With a backdrop of widespread sexual abuse in Cleveland, Rochdale and Orkney, public perception of social workers is deeply cynical and the profession is already defined by negative media reporting. But this does not dampen their spirits.
Tara is a headstrong pragmatist, a single mother raised in the South Wales Valleys and of Irish lineage. Proud and fiercely independent, she approaches life without fear, bolstered by a secure and loving relationship with her family. Alison is a beautiful but fragile young woman, a gifted musician who is haunted by her parents’ toxic and destructive relationship. As a means of escape, Alison moves to live with her beloved Aunt Clem in rural West Wales and finds an unexpected purpose to her life. Neither Tara nor Alison have ever enjoyed an enduring female friendship before. But when their paths cross, a special bond is formed. Over the course of twenty-five years, the lives of Tara and Alison become cruelly enmeshed by events beyond their control. Despite their devotion to one another, nothing can prevent the terrible unravelling that is about to take place.

Tracey Harries: Tracey Harries lives in the South Wales Valleys, where she has worked as a qualified social worker and manager for the past twenty-five years, both within statutory child protection services and currently for the Welsh Government, providing independent expert advice to the family courts. Tracey has also worked for many years as an independent social work assessor and is registered with both Social Care Wales and the Health and Care Professions Council, England.
Tracey and her husband have three grown-up children, and her spare time is spent walking in the beautiful Welsh countryside with the family’s three springer spaniels, Woody, Scout and Cooper. Tracey also loves music, and much of her youth was spent singing and playing in local bands. She has recently started playing the guitar, after a very long sabbatical and finds it relaxing. She loves to attend Glastonbury, and her 50th anniversary ticket is currently very much on hold. She likes to consider herself an ‘old hippy’.
The Rule of Optimism is Tracey’s first novel which, at the age of fifty-seven, she sees as a momentous achievement. The book was started during lockdown, and although she has worked throughout as a designated key worker, the time spent working from home has allowed her space and freedom to fulfil this lifelong ambition.
Tracey has drawn on her own experiences in the novel and hopes that she can continue to write, as she has found the experience completely transformational.