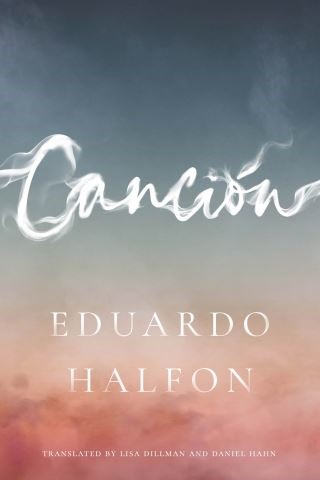 In Canción, Eduardo Halfon’s eponymous wanderer is invited to a Lebanese writers’ conference in Japan, where he reflects on his Jewish grandfather’s multifaceted identity. To understand more about the cold, fateful day in January 1967 when his grandfather was abducted by Guatemalan guerillas, Halfon searches his childhood memories. Soon, chance encounters around the world lead to more clues about his grandfather’s captors, including a butcher nicknamed “Canción” (or song). As a brutal and complex history emerges against the backdrop of the Guatemalan Civil War, Halfon finds echoes in the stories of a woman he meets in Japan whose grandfather survived the atomic bombing of Hiroshima.

Through exquisite prose and intricate storytelling, Halfon exposes the atrocities of war and the effect that silence and extreme violence have on family and identity.

Eduardo Halfon is the author of The Polish Boxer, Monastery, Mourning, and Canción. He is the recipient of the Guatemalan National Prize in Literature, Roger Caillois Prize, José María de Pereda Prize for the Short Novel, International Latino Book Award, and Edward Lewis Wallant Award, among other honors. A citizen of Guatemala and Spain, Halfon was born in Guatemala City, attended school in Florida and North Carolina, and has lived in Nebraska, Spain, Paris, and Berlin.