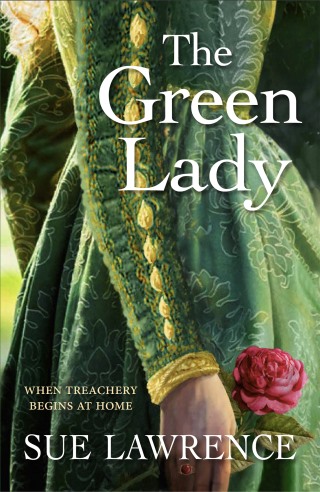 From the leading lady of Scottish historical mysteries comes her US debut novel: a shocking tale of betrayal and murder in the court of Mary, Queen of Scots.

1567, Scotland: no place for a woman. Mary, Queen of Scots, is forced to abdicate in favor of her infant son. She can rely only on the loyalty of her ladies-in-waiting, chiefly Marie Seton. Meanwhile the political turmoil in the country is mirrored behind the walls of beautiful Fyvie Castle. Lilias’s marriage to Marie’s nephew, the ruthlessly ambitious Alexander Seton, goes awry after the birth of yet another daughter. He blames her—and contemplates drastic action. To what lengths will a man go to secure a son and heir?

The Green Lady is a shocking tale of intrigue, secrets, treachery, and murder, based on true events, but seen from a different perspective than is found in most history books. Casting a fascinating light on the ruthless nature of power, the story highlights the precarious position of sixteenth-century women, even those in the most privileged of circumstances.

Sue Lawrence is the author of absorbing, popular historical thrillers that cast fascinating light on the perils and injustice that characterized women’s lives in Scotland through centuries past—whether born into penniless or powerful families. She is also one of the UK’s leading cookery writers and broadcasters. She was Cookery Editor of the Sunday Times and a regular contributor to other newspapers and many leading magazines, and she appears frequently on BBC Radio. She lives in Edinburgh. She has won several writing awards and is the author of more than twenty books.