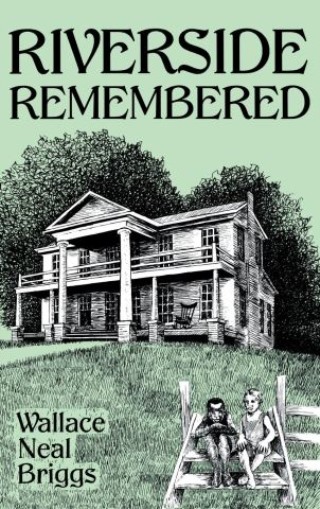 A moving personal memoir of Mississippi in the 1920s and the bitter harvest of racial repression. As the story opens, six-year-old Buster Briggs boards a Pullman car headed south over the Louisville and Nashville Railroad, and we embark with him on what will become his journey from childhood into adolescence. Bus Briggs is a white boy from Indiana who spends his summers and Christmases at his grandparents' Mississippi homeplace—Riverside.

Travel with him on this journey of discovery. Join Bus and his cousins as they string popcorn and chinaberries for the yule tree, savor ice cream made from rare Mississippi snow, eat cornbread crumbled in buttermilk, enjoy all-day suckers and dill pickles at the general store. Meet the extended family that lives at Riverside—Buster's grandparents Mammy and Pappy, his aunt Allie and uncle Cally, and his cousins—as well as their black neighbor Mattie Riley and her son Leroy.

At the heart of this story lies Buster's strong and sustaining friendship with Leroy. From his Pullman window, Buster first sees Leroy sitting on a stile near Riverside waving at the passing train. Leroy soon becomes Buster's fellow explorer, fishing instructor, and best friend. Before Leroy waves goodbye to Buster's departing train for the last time, an unbreakable bond is formed with the gift of a pocketknife—and what happens because of that gift. Even so, the racial prejudices of the time dictate that the paths of their lives diverge.

Wallace Briggs set out to write a memoir of his family and of his own youth, but he has shaped a story that is far more than a personal recollection. Its themes are among the most powerful in literature—love and death, family dynamics, the innocence and selfishness of childhood, the struggle with cultural mores. What Briggs has produced is a work of great power and many pleasures, as finely constructed as a novel or stage play. His prose is crisp, cool, and sweet, like a slice of the watermelon chilling in the artesian well-water at Riverside.