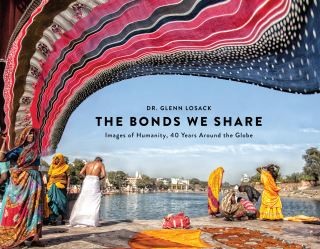 Images of Humanity, 40 Years Around the Globe

Dr. Glenn Losack is a psychiatrist, physician, photographer, social activist, and musician who has traveled and worked extensively in the developing world for over forty years. Devoted to raising awareness of poverty and stymying the stigma of diseases like leprosy, Dr. Losack has worked with the Medical Benevolent Foundation, Doctors Without Borders, and Catholic Charities, and has given lectures on psychiatric care throughout India, Bangladesh, Vietnam, and Eastern Europe. His work has been featured in National Geographic, Asian Geographic, and Popular and American Photography, and has been selected for Kodak's “Picture of the Day” five times. As a psychiatrist, Dr. Losack practices “tele-psychiatry,” utilizing videoconferencing to treat rural populations in underserved communities with very few psychiatrists, and today, he treats four hundred patients throughout Middle America. Dr. Losack has also worked with patients in prisons in Pennsylvania, New Jersey, and New York for over twenty-five years, including those in solitary confinement, those serving life sentences, and those on death row. Dr. Losack travels regularly but lives in Manhattan.