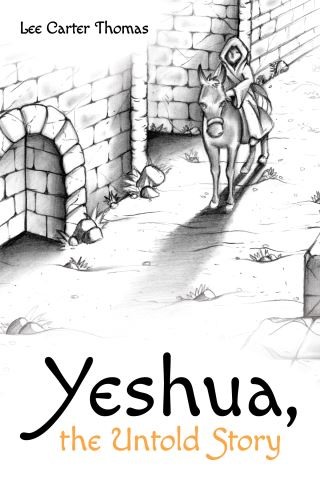 Based on the fantasies created in the mind of an apathetic church attendee who reimagines the possibility that Jesus in the New Testament was actually the creation of a famous Judean street performer, Yeshua is the story of how the character of Jesus in theater emerges as an iconic celebrity whose dramatic reenactments of well-known stories in the New Testament challenge and threaten the current social and political order of the first half of the century. The growing popularity of the Jesus character in Yeshua's performances occurs alongside his romantic relationship with Alexia, the daughter of a Roman aristocrat. As the crowds attending Yeshua's performances increase exponentially, they eventually capture the attention of the Roman emperor. After a series of dangerous encounters, death, and sacrifice, Yeshua's character will be revered in history for all of eternity as the one who inspired people beyond their imagination.

Lee Carter Thomas: Lee Carter Thomas is a retired seminary professor and author. He now enjoys writing fiction while residing in South Carolina with his wife and special needs son.