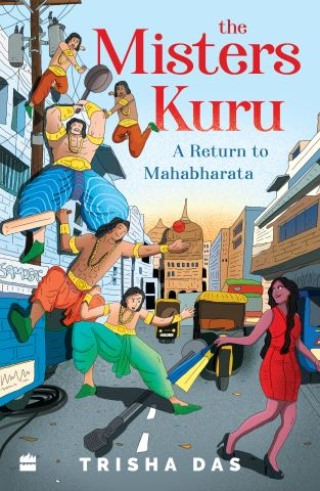 Return to the Mahabharata

The Pandavas are back!

Draupadi, Amba and Kunti are well settled in their modern-day Kalyug in New Delhi. So, imagine their surprise when, completely out of the blue, Yudhishtra, Bhima, Arjuna, Nakula and Sahadeva - the Pandava brothers - drop into their world from the heavens. What follows is even more laughter and tears as new battles are fought, old fires are rekindled, and the men find their place in the modern world. If you thought the women had the adventure of a lifetime in Ms Draupadi Kuru: After the Pandavas, the men from the Mahabharata will certainly give them a run for their money. One thing is certain - by the end of their visit, nothing will ever be the same again.

Trisha Das: Trisha Das is the author of The Mahabharata Re-imagined, The Art of the Television Interview and the internationally acclaimed How to Write a Documentary Script. She has written and directed over forty documentaries in her filmmaking career. Trisha has also won an Indian National Film Award (2005) and was UGA's 'International Artist of the year' (2003).