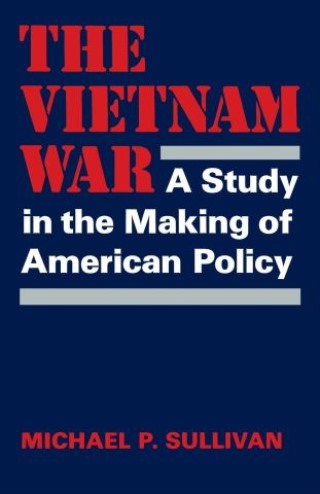 The war in Vietnam achieved almost none of the goals the American decision-makers formulated, and it cost more than 56,000 American lives. Yet, until recently, Americans have preferred to ignore the causes and consequences of this disaster by treating the war as an aberration in United States foreign policy, an unfortunate but unique mistake.

What are the "lessons" of Vietnam? Many previous discussions have focused on narrow or misleading questions, rehashing military decisions, for example, or offering blow-by-blow accounts of Washington infighting, or castigating foreign-policy decision-makers. Michael Sullivan undertakes instead a broad and systematic treatment of the American experience in Vietnam, using a variety of theoretical perspectives to study several aspects of that experience, including the decision-making process and decision-makers' perceptions of the war; public opinion and "mood" before, during, and after the war; and the Vietnam War in relation to the Cold War and to power structures and patterns of violence in the international system.

The major goal of The Vietnam War: A Study in the Making of American Policy is to show that the American experience, not only in Vietnam but elsewhere in the world, must be understood as an integral part of the processes of both American foreign policy and international politics. Sullivan demonstrates the importance of using a variety of empirical and quantitative evidence to study foreign policy and of relating a specific historical situation like the Vietnam War to broader theories of international relations.