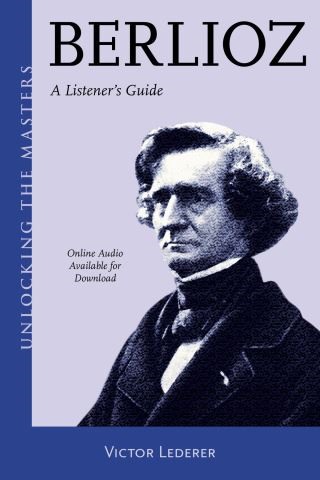 Victor Lederer surveys the music of Hector Berlioz, one of the most pioneering orchestrators in history, and introduces the general music lover to both his masterpieces such as Les Troyens and lesser known gems.

A bold innovator in the 19th century, Berlioz was a musical dramatist with an output that is less familiar than it should be and often misunderstood. His most famous and popular pieces are the thrilling programmatic symphonies, the Symphonie fantastique and Harold en Italie. The “dramatic symphonies” Roméo et Juliette and La damnation de Faust are both driven by conflict and excitement, which contrast his piercing, long-limbed melodies and startling harmonic shifts. Berlioz’s strongly profiled musical style possesses high rhythmic energy, and manic outbursts that are instantly identifiable as his, and he is widely acknowledged as one of the most innovative and effective orchestrators in history. The book is accompanied by online audio tracks to select Berlioz works from the Naxos library.

Victor Lederer is a writer on music and urban history. He is the author of nine volumes of the Unlocking the Masters series, including Verdi: the Operas and Choral Works, Ravel: A Listener’s Guide, and Beethoven’s Piano Music. He lives and works in New York City.