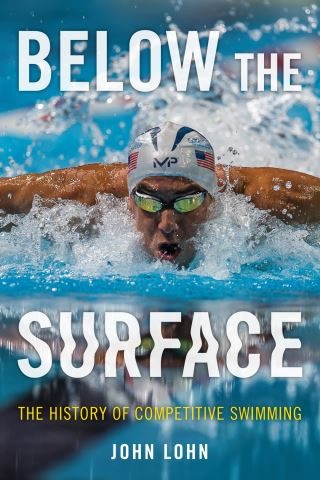 The History of Competitive Swimming

A fascinating, in-depth look at the history of competitive swimming and the people and moments that have defined the sport.

From the first modern Olympic Games to the present, Below the Surface: The History of Competitive Swimming covers all the greatest moments, top rivalries, legendary swimmers, and biggest controversies in swimming history. It features athletes like Michael Phelps and Katie Ledecky, who have elevated the sport to an unprecedented level, and individual performances that are groundbreaking and awe-inspiring, such as Australian Fanny Durack becoming the first female Olympic gold medalist in 1912 and Jason Lezak leading the US to a come-from-behind victory in the 400 freestyle relay at the 2008 Olympics.

While controversies such as doping and the advent of tech suits have troubled the sport, a new generation of athletes have produced fresh enthusiasm for competitive swimming. Below the Surface offers little-known stories, unique insight, and a detailed history of a great sport with a remarkable past and an exciting future.

John Lohn is the Associate Editor-in-Chief of Swimming World Magazine and has previously served as the United States correspondent for SwimVortex and senior writer for Swimming World Magazine. He has covered the sport at the national and international levels since 2000, including the 2008, 2012 and 2016 Olympics. Lohn is the author of Historical Dictionary of Competitive Swimming, The Most Memorable Moments in Olympic Swimming, and The 100 Greatest Swimmers in History.