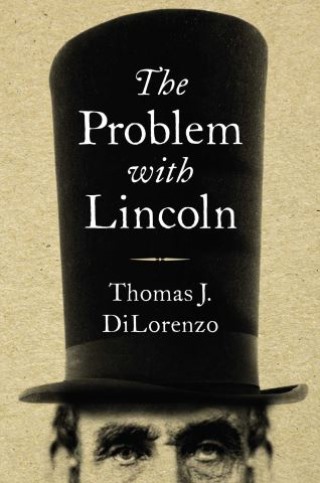 The Problem with Lincoln

The Problem with Lincoln

Abraham Lincoln was widely and deeply unpopular during his presidency. And for good reason.

He overturned our original constitutional order, violated the rights of Americans both North and South, massively inflated the federal government, and plunged the nation into a wholly unnecessary war. Why? Not to free the slaves, as his hagiographers would have you believe, but out of personal ambition, greed for power, and, incidentally, to enrich the railroad interests that supported his political career.

Court historians have turned King Lincoln into a secular saint, but what did Abraham Lincoln’s contemporaries know that has been forgotten or covered up? Bestselling author Thomas J. DiLorenzo debunks the pious myths to reveal the real Lincoln.

In The Problem with Lincoln, you’ll learn:

If you want the unvarnished truth about our sixteenth president, read The Problem with Lincoln.

Thomas J. DiLorenzo: Dr. Thomas J. DiLorenzo is a senior fellow at the Ludwig von Mises Institute and a retired economics professor, having taught university economics for forty-one years. He is the author or co-author of seventeen books, including The Real Lincoln, How Capitalism Saved America, Hamilton’s Curse, and The Problem with Socialism (Regnery, 2016).