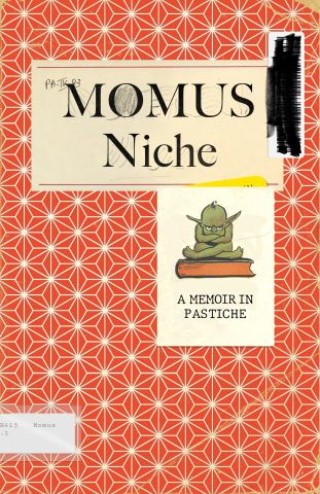 A Memoir in Pastiche

"Diarist, novelist, satirist, lyricist beyond peer."* In Niche: A Memoir in Pastiche, Nick Currie, a.k.a. Momus, presents the story of his life, career, and conquests on the margins of multiple music and art scenes.

Momus—named for the ancient Greek god of mockery, and described by The Guardian as “the David Bowie of the art-pop underground”—has recorded over thirty albums for labels like 4AD and Creation, published half a dozen works of speculative fiction, and written articles for The New York Times, Wired, ArtForum, Frieze, and The Wire. An unknown band called Pulp once asked him to produce their next album. (He said no.) An unknown band called Of Montreal once invited him to go on tour with them. (He said no.) He’s collaborated with fans Vampire Weekend and with the Magnetic Fields’ Stephin Merrit. He’s had an impression of his penis preserved by the notorious Cynthia Plaster Caster. Maybe you’ve heard of him. Probably you haven’t. This is his story. Or, rather, stories.

Rather than one avuncular tell-all relayed in his own voice, Momus has structured the narrative of his life as a typically atypical mockery of the rock-bio oral history. Instead of using living witnesses, Momus assumes the voices of 217 dead authors and artists and forces them to speak for and about him. From these dramatic monologues—sometimes unreliable, often comical—there gradually emerges a picture of one eccentric star’s life across three continents and in his own, remarkable, niche.

"Herein is spun the tale of the immortally fabulous life and glittering times of our dodgy Anthropocene’s greatest still-living songwriter, as related by a chorus of eerie, mocking, sometimes supportive, often judgmental post-mortem Raudive voices in a séance spanning centuries of ectoplasmic ‘I told you so.’ Here is why Momus may one day be canonized the first saint of a religion yet to be dreamed . . . Read, be enlightened, and pretend you always knew." *—Grant Morrison, comic book writer and superfan

Momus: Momus, born Nick Currie, is a Scot who makes songs, books, and art. He is the author of The Book of Jokes and The Book of Scotlands. In 2018, Cherry Red Records reissued his classic '80s and '90s albums for Creation Records in definitive and expanded editions. Momus lives between Berlin and Paris.