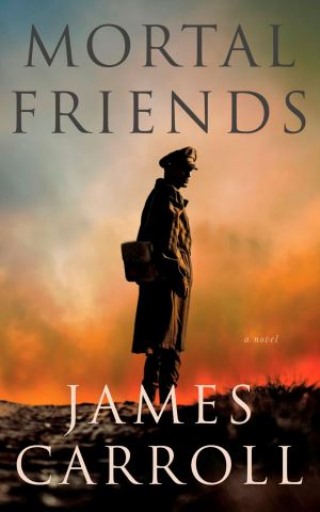 From the author of the National Book Award–winning An American Requiem and the classic bestseller Constantine’s Sword comes the story of Colman Brady, an Irish farmer who involves himself in the Irish rebellion of the early 1920s and later escapes to Boston where he rises to and falls from political power and seeks a second chance through the life of his son.

Richly imagined scenes, a complex plot, and masterful writing combine fact and fiction; characters like Mayor Curley of Boston and the Kennedys come to life in this classic saga of Irish-America as seen through the eyes of one revolutionary as he makes the daring choices that will shape not only his fate, but his beloved son’s.

James Carroll: James Carroll was ordained as a priest and served as Catholic chaplain at Boston University from 1969 to 1974. He left the priesthood to become a writer at The Boston Globe, including writing pieces on abuse in the Catholic Church. His memoir, An American Requiem, received the National Book Award. Constantine's Sword was a New York Times bestseller, named one of the best books of the year by many publications, and was the basis of the Oscar-nominated documentary film.