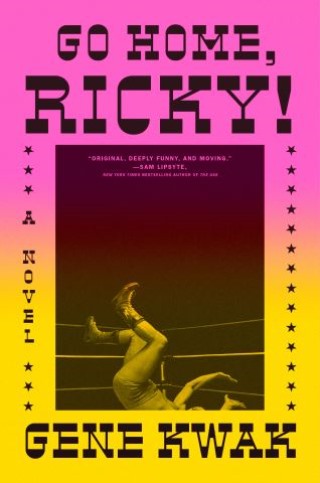 From a rising literary star comes a fresh, satirical novel about masculinity and tenderness, fatherhood and motherhood, set in the world of semi-professional wrestling

After seven years on the semi-pro wrestling circuit, Ricky Twohatchet, a.k.a. Richard Powell, needs one last match before he gets called up to the big leagues. Unlike some wrestlers who only play the stereotype, Ricky believes he comes by his persona honestly—he’s half white and half Native American—even if he’s never met his father. But the night of the match in Omaha, Nebraska, something askew in their intricate choreography sets him on a course for disaster. He finishes with a neck injury that leaves him in a restrictive brace and a video already going viral: him spewing profanities at his ex-partner, Johnny America. Injury aside, he’s out of the league.

Without a routine or identity, Ricky spirals downward, finally setting off to learn about his father, and what he finds will explode everything he knows about who he is—as a man, a friend, a son, a partner, and a wrestler. Go Home, Ricky! is a sometimes-witty, sometimes-heart-wrenching, but always gripping look into the complexities of identity.

Gene Kwak:
Gene Kwak is the author of two chapbooks, Orphans Burning Orphans (Greying Ghost Press) and a self-titled collection available from Awst Press. He has published fiction and nonfiction both in print and online in the Los Angeles Review of Books, The Rumpus, Wigleaf, Paper Darts, Redivider, Hobart, Electric Literature, and in the flash anthology Forward: 21st Century Flash Fiction. In 2020, he will attend the Ragdale Residency and has attended residencies at Tin House and Yale. He teaches English and creative writing at the University of Nebraska, Omaha. He was a semi-finalist for the George Bennett Fellowship. Go Home, Ricky! is his debut novel.